Aaron has a way of repeating what we say but changing just one word or even just one letter, and so making us laugh or pause in thought.   He has a uniquely Aaron way of expressing himself.

For instance, yesterday we had some rough weather move through our neck of these Kansas woods.  Aaron was concerned, asking about the storms and wondering if he should turn off his computer.

I’ve often shown him the radar and pointed out some storms headed in our direction. I sometimes refer to them as a clump of storms coming our way.

So, as he followed me around the house and fretted over his computer being hit by lightning, he said, “Mom! Is that lump of storms going to hit us?!”

Two words, so similar, yet somehow the difference was enough to make me laugh.

I told him that this was a cliffhanger.  Aaron, who is very literal, saw no cliff in that fall finale.  He also saw no one hanging from a cliff in that basement.

I therefore…and not for the first time…explained that a cliffhanger is when the show’s producers leave you hanging on after the last show of the season in order to make you come back and watch the first show of the new season.

But here is Aaron’s take:

Then he waits for me to ask why he can’t wait till January 8th.

“Because that’s when Chicago Fire comes back on!!”

Then he waits for me to show excitement.  I am a good actress.

“Remember how they left us hanging OFF??!!”

Then I laugh.  He thinks my laughter is an expression of my excitement over Chicago Fire resuming.

But my laughter is really about the way he changed my original phrase.

Are we hanging ON…or hanging OFF?

His change-up of that one little word has had me pondering over the past few days.

Hanging OFF a cliff is a scary situation, to put it mildly.

Hanging ON, to me, conveys hope.

In life, when I am hanging off a cliff of fear or dread or disappointment…or any number of other scenarios…I must remind myself to hang ON.

I hang ON to God and to the hope that He gives me.

How often our life with Aaron changes!  We can so quickly go from enjoying life: 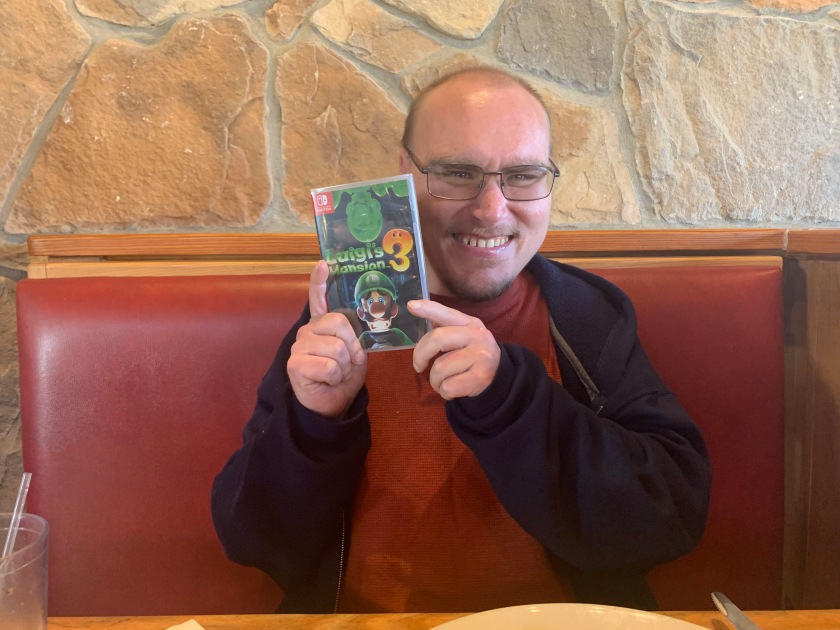 To the suddenness of seizures: 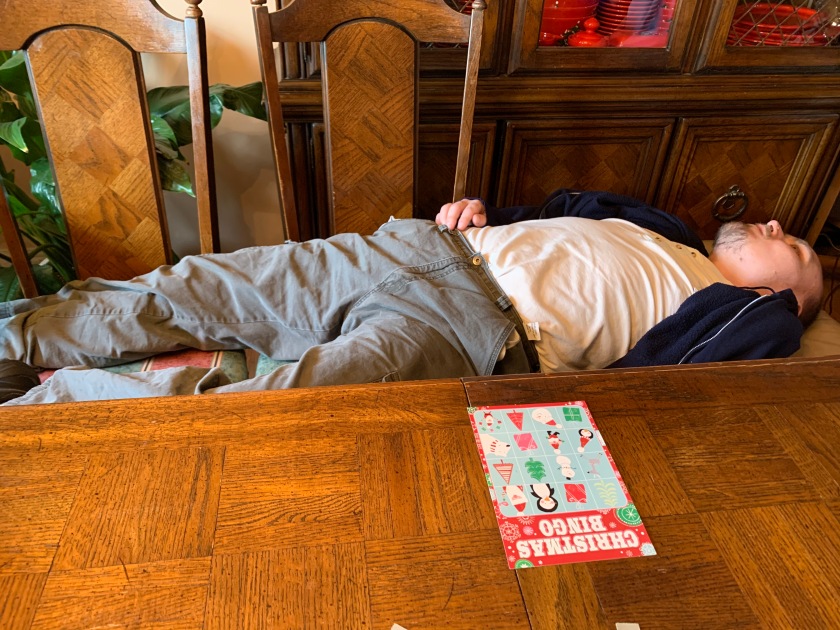 The above picture was right after Aaron’s third seizure on Christmas Eve, just as we were getting ready to play Christmas Bingo as we Skyped with Kyle and Andrea from Houston.

It’s a stretch for Aaron to want to play games.  My first heart reaction was to wonder why.  Why must he have a seizure when he was actually willing to sit with us and play a game?

Sometimes his seizures keep him from participating in something that he really wanted to do.  That makes me sad for him.  Disappointed.

He did arouse enough to play Bingo, but I played his card because he was uncoordinated and shaky…and grouchy, which is typical when he plays Bingo.

Every day…every situation…can be a cliffhanger with Aaron.  Will we have seizures to manage?  Behaviors to handle?

I do feel like I’m sometimes hanging off a cliff, holding on for dear life, afraid of what’s next and afraid of falling…of failing.

But then I must remind myself that I’m not alone.  I know and trust God.

And I hold ON to Him.

I don’t understand everything.

But I love God, and I know He loves me.

So whatever cliff it is, I do know that I’m not just hanging off.

I reach up and I hang ON to God.

He lifts me up and He rescues me…not from the situation, necessarily…but from the danger of despair and hopelessness that can so easily overwhelm me.

After all, look at what God says about Himself in Psalm 91:15:

“He will call upon Me, and I will answer him;

I will be with him in trouble;

I will rescue him and honor him.”

May I remember, every day and in every cliffhanger, that I don’t need to just hang off.

I can hang ON…to the God Who rescues me.