Today is National Purple Day for Epilepsy awareness.  We are well aware of Epilepsy in our home because of our son, Aaron.  Aaron is 33 years old and has had uncontrolled seizures since he was in the first grade.  We were a military family living in Germany when Aaron unexpectedly had his first Generalized Grand Mal seizure.

It was a Sunday afternoon when Aaron fell back into my arms, thankfully, and began seizing on our kitchen floor.  I had no idea what was happening.  I remember seeing blood coming from his mouth…later learning that it was because he had bitten his tongue…and I remember yelling for Gary, who rushed into the kitchen and began trying to help Aaron while I called an ambulance.

The ambulance ride to the nearby military clinic…then another ambulance ride to the German Kinder Clinic, which is what we called the children’s hospital…was all a blur.  Aaron spent several days in the hospital, where the German care was good but the language barrier and the differing medical methods and practices were very difficult.  But the thing we did understand was the diagnosis of Epilepsy.

Over the years we’ve tried lots of drugs and other treatments, including hospital stays for video EEGs and surgery to have a VNS implanted, but the diagnosis is the same…Intractable Generalized Seizures.

Generalized – meaning that the seizures quickly involve the entire brain instead of one small part of the brain.

This past Thursday night, Aaron had a seizure shortly before midnight.  I heard it on the baby monitor that sits on our nightstand beside our bed.  He had another just after 2:20 a.m.  And yet another seizure at 6:45 Friday morning.

He got out of bed not too long after that, heading to the bathroom and turning on the shower right away.  He cleaned up while I stripped his bedding and started the laundry process.  Soon Aaron was in the kitchen, telling me of his bad headache and asking if he could have his coffee.

He spent most of the morning here, as is so usual after these clusters of seizures. 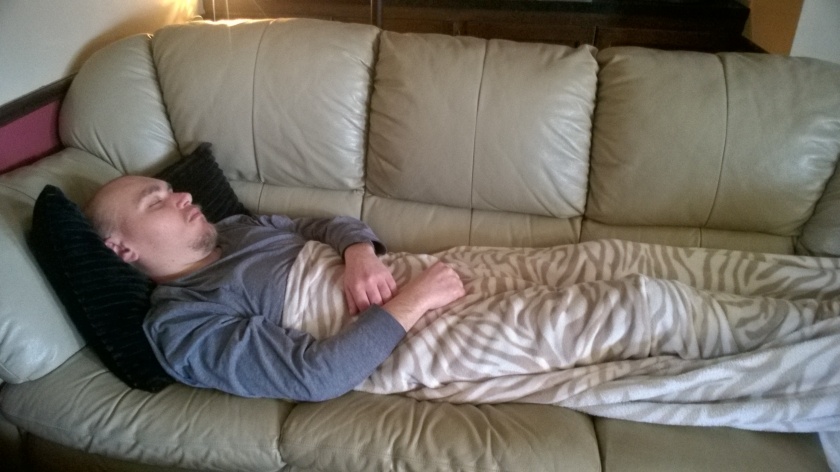 When he was more awake and feeling better, and after eating a little, he wanted to go with me to pick up a few groceries.  He was happy to come home with ice cream and cashews and sparkling water, and happy to have supervised Mom in buying what she needed to make for his supper request…Lasagna!!

Aaron went right back to bed when we got home, in his for-real bed now since part of his bedding was back on.  And at 3:33 – since Aaron appreciates such precision…he had the hardest of his four seizures.  Yet amazingly enough, within 15 minutes, he was out of bed…though slowly…and was happy for me to finish putting on all of his sheets and blankets.

Aaron always helps me change his sheets, but I certainly didn’t expect him to do that this time.  I told him to sit in his chair, but he didn’t acknowledge me at all as he stood by his bed, ready to help.

This is what I find so amazing about Aaron.  If I had been the one just finished with my fourth seizure, I imagine that the last thing I would want to do would be to help put sheets on my bed.  It was so heartbreaking for me to watch him stand there, part of the time with one hand on his wall and the other on the headboard of his bed, completely out of it.  Then he turned and bent over, just staring at nothing.  He couldn’t talk well at all, but when he saw a wrinkle in his cover, he reached out to correct it as quickly as he could.  I smiled as I saw his autism come out even through his very fuzzy brain.

He stood there by his bed during the whole bed making process.  He tried so hard to function…to think…to speak…to move.  All of it was such a demonstration of how impacting seizures are on the brain. 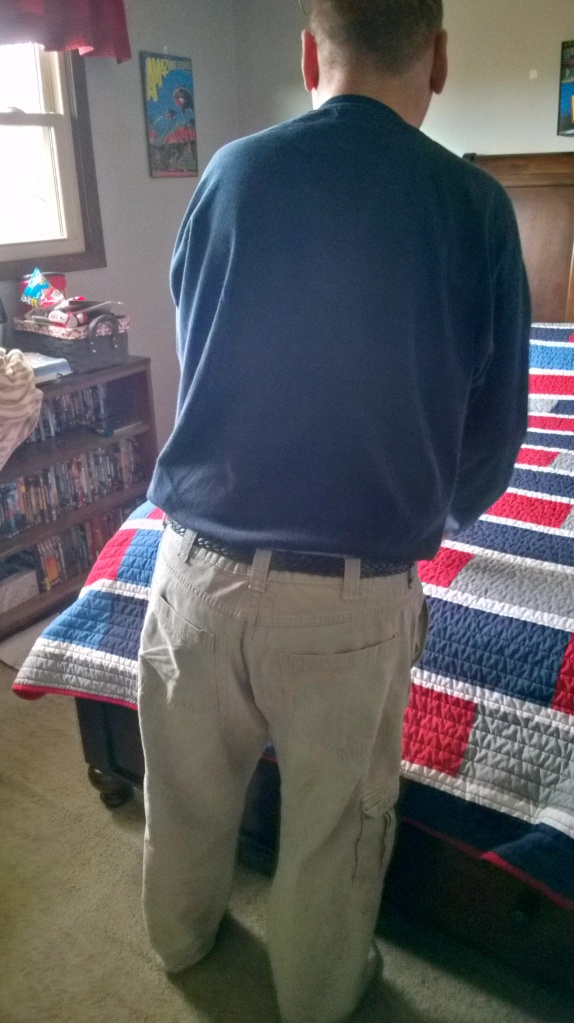 And it was also a commanding demonstration of how tough and brave Aaron is.  How he fights to keep going!  How much he wants his world to be his version of normal, even though it is anything but that.

He only had one piece of lasagna for supper.  That’s because he couldn’t taste food…another sad side effect of seizures.  His hand and mouth tremored, too…yet another side effect.   Then there’s the drooling.  And on the next day, extreme dizziness and needing help to walk because his legs didn’t work right for a while.  Even on Sunday, his sense of taste hadn’t fully returned.

Medicines that help seizures have side effects.  What is what, we don’t always know.  But decrease or stop the meds, and the seizures increase.  It’s a complicated situation.

But I want to answer the question that Aaron asked me on Saturday as he talked about his seizures.  He sometimes verbalizes his thoughts in profound ways, especially when he is thinking about being born to live a life with seizures.

A heart-piercing question from my son.

So to Aaron I said simply, and say here as best I can:

Dear Aaron, nothing went wrong with you at all.  God made you wonderfully, as He tells us in Psalm 139.  You are fearfully and wonderfully made.  You were crafted by God.  I don’t know why you have Epilepsy, but I do know that God loves you and He has allowed this for a reason…one that we don’t understand right now.  But God loves you, and so does Dad and so do I.  We think you’re strong and amazing.  Even on our most frustrating days, and yours, we know that we can trust God because we know Who He is.  He is Sovereign, which means He is in charge and He knows best.  We’re glad you’re our son, and we will always be thankful for our Aaron.

“And we know that ALL things work together for good to them who love God, who are called according to His purpose.”  (Romans 8:28)

6 thoughts on “What Went Wrong?”