Sometimes Aaron talks in his sleep.  He has conversations that are so clear it’s as if he’s awake, talking to me or Gary.  I hear him because I keep a baby monitor with me when Aaron is asleep, to listen for seizures.  One recent morning, I heard this “sleep talking” from Aaron, and I quickly wrote it down so I wouldn’t forget.

I have no idea what he may have been dreaming that prompted this little conversation.  But I sure have been thinking about it, wondering if deep in Aaron’s mind there is more meaning to this than I…..or Aaron…..knows.

Aaron goes through highs and lows emotionally as well as physically.  Lately, we’ve been having more lows.  He doesn’t want to go to his day group, Paradigm.  Then he goes, and is at times verbal and physical with staff and clients alike.  Sometimes he’s trying to tease and other times he is genuinely angry, but both times he can be hurtful.  He does so much better one-on-one, and most times he doesn’t participate in the group activities.  It’s just sometimes one thing after another during these low times.

Aaron is unfiltered.  Sometimes it’s funny…..sometimes it’s not.  He can tell you to shut up one minute, and the next minute be wanting to tell you something funny……and then wondering why you’re not laughing.  He’s so complex!!!  So frustrating!!!  And so endearing and heart breaking, too.

He knows when he’s done something wrong, but he just can’t seem to stop himself from doing it first, before the knowing kicks in – in time to stop the doing.  Make sense?  That’s our world.

So when he said that he wants to see himself laughing….again….I had to wonder if he is deep down genuinely wanting to be happier, like he used to be more than he is now, and hopefully will be again.

When I pick Aaron up from Paradigm, I never know if I’m going to see happy Aaron: 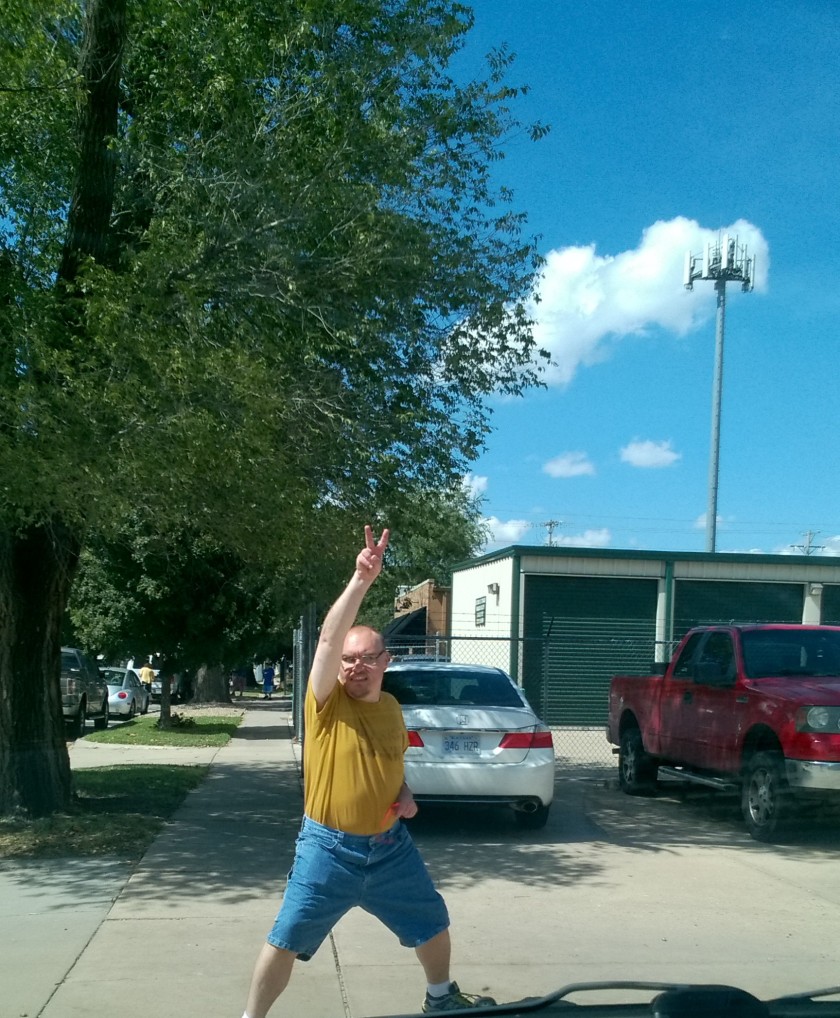 One night last week, I was so tired and so done with some ways Aaron was acting that I was the one who lost control.  I laid down the law with him, but I did it through gritted teeth and a pointing finger.  Yes, I was that tired and upset.  So the next morning, Aaron stood by me and said, “Mom, I’m telling Barb that you grind your teeth!!”

Barb is his second mother – his favorite Paradigm person.

“I don’t grind my teeth,” I replied to Aaron.

“Yes you do!!” he asserted forcefully.  “Last night you went like this!!”  And he clamped his teeth together and bared his lips, much like a rabid dog.

Oh dear.  Is that what I looked like to Aaron?  Probably.

But more than how he said I looked, his comment was a glimpse into how it hurt him for me to respond to him the way I did.

I’m so thankful for every new day, and for God’s new mercies that He shows me every new day.  Those are the same mercies I must extend to Aaron, hard as it sometimes is.

A day or two after I gritted my teeth with Aaron, I noticed that our house was getting a little dark.  The sun had been shining so brightly, but I looked outside to see a dark storm cloud forming right over our house.  Then I heard thunder, and next came a few large raindrops.  Nothing even showed on the radar at this point, but I sure saw and heard our little storm that soon moved on east of us and became a big storm in Wichita.

And I thought of what a picture that is of life with Aaron.  He can be our personal storm, loud and disruptive, and then move on to Paradigm to do more of the same there.

But on this day of our storm cloud, Barb had called to say that Aaron had a bad day.  She said that her daughter, who has Barb’s kind heart, wanted to take Aaron to Wal-Mart.  I agreed, and then when I picked him up later he was so very happy.  He held a Dr. Pepper, and was full of laughter and talk about their little adventure.  What a difference Casady made in Aaron’s outlook with that one simple kindness!  The rain had ended and the sun was shining, both literally and in Aaron’s heart.

And this week, Aaron hurt his friend’s arm by being too rough as they were goofing off or as he greeted her…..I don’t know which.  He broke his glasses in anger on the same day.  Another storm cloud.

He didn’t go to Paradigm the next day.  I took him to Carlos O’Kelly’s for lunch.  It’s one of his very favorite places.  We had a wonderful server who has two special needs boys.  She was so good with Aaron, and I relaxed.  I just watched Aaron eating his food.  He loved every single bite.  He asked to go to Best Buy.  I’ve been saying no to that, but I agreed and off we went…..with Aaron happily pocketing two toothpicks to add to his toothpick collection.

He strolled through Best Buy, looking at this and that, and not asking to buy anything.  He just wanted to look.  It felt good to make him happy in such a simple way……lunch and Best Buy.

I want to see Aaron growing, learning, controlling himself, being responsible.  Like any parent, right?  It’s just a little more difficult for those of us with these issues like we have with Aaron.

But I must agree with Aaron.  Maybe on most days, more than anything, I want to see Aaron laughing again…..laughing from his heart.

And I want AARON to see himself laughing again, happy and having fun, knowing that he is loved. Loved by his Paradigm staff……loved by me and Gary…..loved by friends and family.

And most of all, created and loved by God. 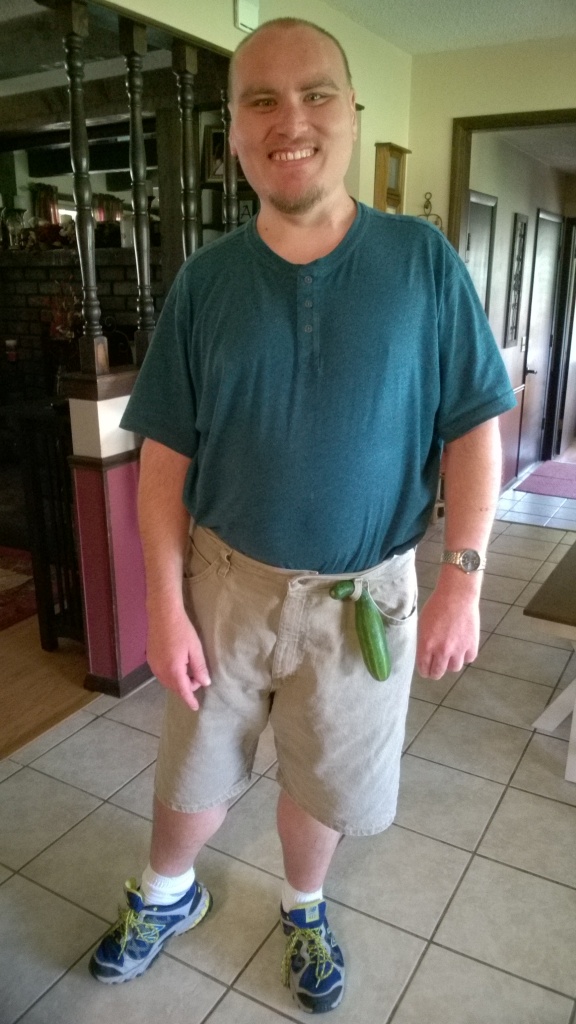