Patience is a virtue, so someone said, but I can tell you that it is not a virtue that Aaron typically possesses.

On an average weekday morning, when Aaron is waking up to the smell of his coffee that I bring to his room, he is also waking up to the reality that he will soon be going to his day group, Paradigm.  Hope springs eternal, though, that he can stay home.  It’s not that he doesn’t like Paradigm.  It’s just that he likes being home more.

I fully expect each morning to be the same and am surprised if it isn’t.

Mom, I have a headache.

Mom, I didn’t sleep much.

I leave him to his coffee and his conniving as I go about my own getting-ready morning routine…a routine that Aaron knows all too well.

Eventually, almost always, Aaron comes around and decides on his own to go to Paradigm.  The problem is that when Aaron decides to go, he wants to go now.

After fixing of the hair, comes applying of the make-up.

Applying of the make-up may be short…meaning only a dusting of powder and a swipe of blush…and mom is good to go.

But sometimes, after the powder dusting and blush swiping, Mom moves to the dreaded eye make-up.

Eye make-up takes way too long in Aaron’s book on a morning when he has resigned himself to his Paradigm fate.  He wants eye make-up to go away…to not be applied.  He knows that if Mom moves to her desk in the other bedroom, where she seems to like that light from the window, then her eye make-up is really going to happen.

And now is not NOW!!

One recent morning, as Aaron hovered behind me in my bathroom watching me in phase one of my getting-ready routine…drying of the hair…he decided to broach the dreaded subject of my make-up amount.

Just like I often begin my days with Aaron’s lack of patience, I also often end my days with that same impatience brewing in Aaron’s mind.  This time his testy attitude surrounds the fact that he knows we will watch a show just before bed.  We are working our way now through the series “Dr. Quinn:  Medicine Woman.”

Last night, being New Year’s Eve, Aaron thought a great way to celebrate would be to watch TWO episodes.  He came downstairs at 7:30 to find that I was watching an end-of-year special that I had no idea I would watch and that I had not run by him for his approval.

This was not good.  Not good for me or for Aaron.

He let me know that he wanted to watch Dr. Quinn now.

I told him no.

I stuck to my guns, but not without facing Aaron’s wrath.

In fact, I finally marched to my bedroom…got my purse…put on my coat…and told Gary that I was going out for a drive, in order to clear my head.

Aaron just watched, not saying a word.  I do believe he was scared.  While I was gone, he stayed in Gary’s study.  Gary was a captive audience with his leg all bandaged and propped up from his recent foot surgery.

I talked to God while I drove.  I told him that I feel a little blank anymore, wondering what He wants to show me or teach me in this life I live.  I told God that I want to be patient with Aaron, and that when I’m not, I don’t want to sin in my impatience and anger.

That’s the tough part…not sinning when I am also the one not exercising that virtue of patience.

While I was out driving, I saw a section of beautiful lights still on full display in a neighborhood.  I went home, got Aaron, and together we drove through the pretty lights.

No lecture.  No mention of his anger.

Just enjoying the bright beauty around us.

It was calming to us both.

And it was surprising to Aaron, I could tell.

Surprising to him that I wanted to simply show him something pretty…something that he loves…when he had just been so mean to me.

Aaron needs to learn to wait.  It’s hard on both of us as I continue to try to teach him that virtue.

I read this morning some of my old notes from my Genesis Bible study I recently completed.  In talking about how Abraham had to wait on God to give him a son, Joyce Baldwin said this:

“God’s delays are not God’s denials.”

A delay doesn’t mean no.

To prove His promise to Abraham of a son to come, God had Abraham look up into the heavens.  God told Abraham to count the stars…the bright shining stars.  He told Abraham that so would be his descendants, innumerable like the stars up above.

But the promise wouldn’t happen now.

But Abraham, while watching others have sons and grandsons, had to wait on God to fulfill His promise in a most unlikely way and time.

Abraham had to believe God…had to trust God…and it was counted to him as righteousness.

God did fulfill His promise to Abraham, in His own time.  Not in Abraham’s preferred time.

And this is where and how Abraham grew in his faith.  As Baldwin says, “Faith rests on the fact that God is faithful, and when we take God at His word, we prove for ourselves His faithfulness.”

Aaron needs to learn to trust me and to be patient when he must wait on something.

I need to learn to trust God and to be patient when I must wait on Him as well.

Waiting on Him to show me what I need to learn…to give me grace for life with Aaron…to not compare myself to others…and a myriad of other reasons and ways that I must wait on God.

Bright lights calmed me and Aaron.

Bright stars calmed and settled Abraham in his faith.

Because God is faithful, I can have faith.  Faith in God even during the hard times.

Faith to wait, even when fast answers don’t come.

Aaron and I did watch two Dr. Quinn episodes.  It took ever long, but we did.

I kept my promise…and so does God. 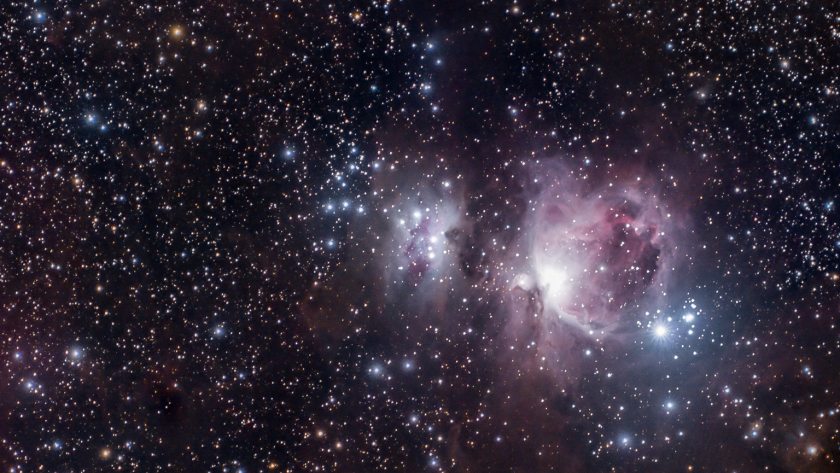