Gary and I just returned yesterday evening from a trip to Houston, where we got to see our daughter and her boyfriend, and our son.  Aaron stayed in Wichita, where our friend Amber and her family provided excellent caregiving for him.  He has so much fun eating out, watching movies, and just generally being the center of attention.  And we have so much fun seeing our other kids, and having some time to ourselves.  It’s a win-win.

Before we leave on a trip, Aaron is very excited at the prospect of us being gone.  Remember, no filters equals complete honesty from Aaron.  But of course, while we’re gone he calls multiple times every day.  I had told him over and over that while we were at the race track where our son works that I wouldn’t be able to answer the phone because it was too noisy to hear.  That didn’t deter Aaron one bit.  He never left a message, but just pursued calling until eventually, even hours later, I would answer the phone.

“HEYYYYYY!!” Aaron would say with great enthusiasm……as if we hadn’t talked in weeks instead of it being just hours.  And then he would launch into the story of his latest happenings at home or at his day group……what he had eaten and where……what Amber or one of her kids or her husband had done……what our Great Dane was up to……..what movies they had watched……and various other stories and comments.  He never asked what we were doing or how we were, and I certainly would be surprised if he did.

In between all his phone calls, we did have a wonderful time in Houston…..despite the horrendous traffic that we often found ourselves a part of……and seeing or hearing of multiple fatality accidents, with detours and delays.  Oh Houston, you are so huge and exhausting!

We got to see Andrea’s genetics lab that she has gotten up and running.  Quite an accomplishment!!  She is now the lab manager.  We were privileged to meet her genetics director and hear some very affirming things about our daughter, which thrills the heart of any parent. 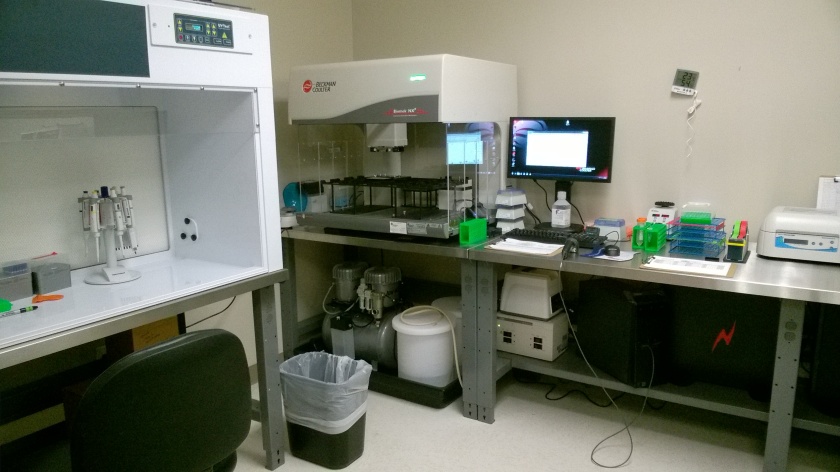 We got to spend some precious time with Andrea’s boyfriend, Kyle, who is working hard to complete his degree as a ship’s captain.  Between his studying, projects, and work, we were very happy to see him when he could spare the time.  We also got to eat dinner our first night in Houston with him and his dear parents, Kent and Marie.

We got to spend time at the NHRA racetrack in Baytown, watching Andrew as he works with Cruz Pedregon Racing.  We saw Cruz run his career best time!   And again, we heard such nice comments about Andrew and were thankful for the impact he is having on others there. 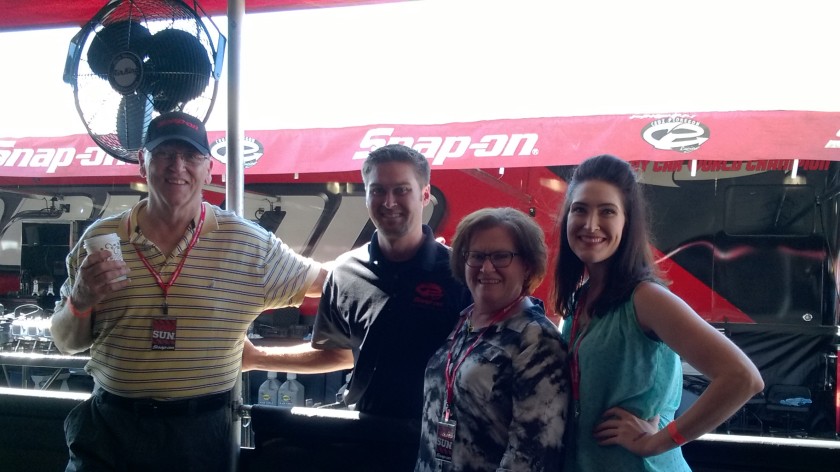 And let’s not forget that we got see our adorable granddogs, Darcy and Oakley.  We also got to see Aries, Kyle’s dog, but silly me forgot to take a picture! 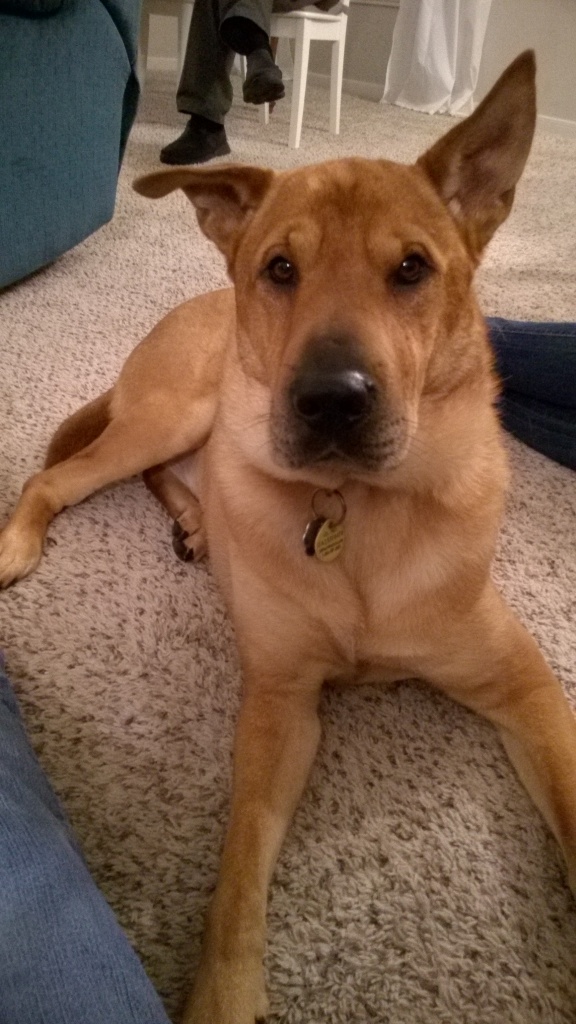 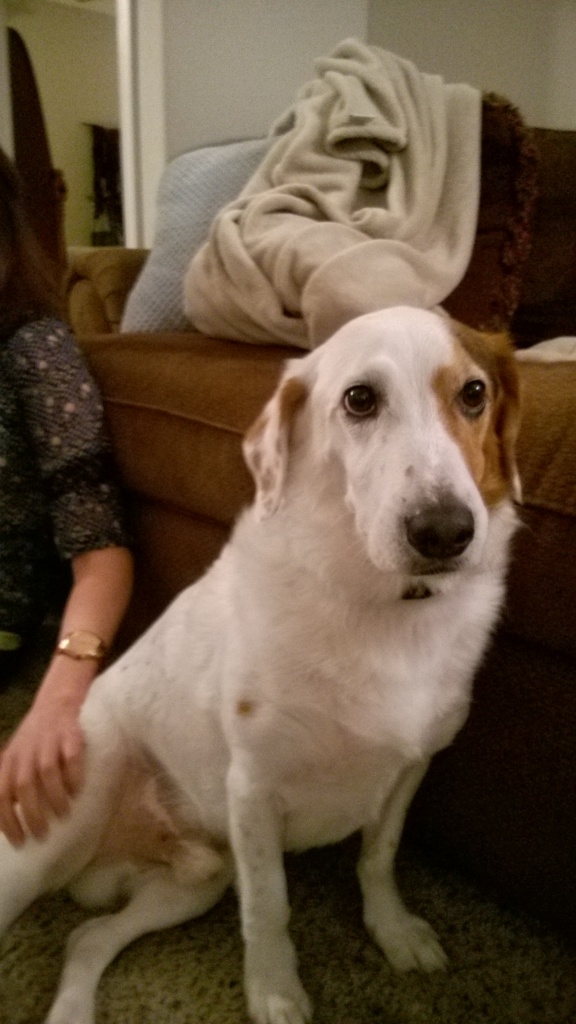 Andrew got to have some rare time for us to get together on Sunday evening for a visit to Andrea’s apartment, and then dinner with all of us together.  Times like this happen so seldom for us, and we were very thankful for every single minute together. 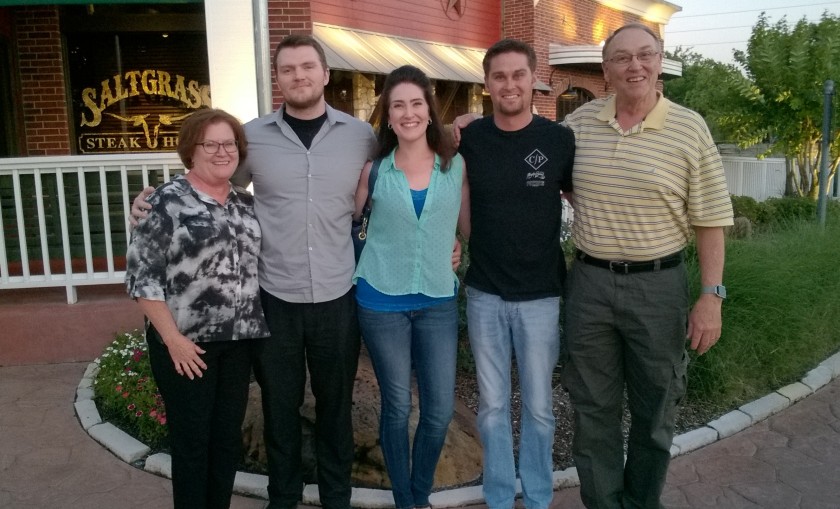 Aaron was happy to see us when we got home, although he didn’t want to hug and he didn’t want to act TOO glad to see us.  But he followed us around most of the evening, talking and talking.  Then this morning……did I really hear Aaron get out of bed at 5:25?!  And did I really hear Aaron NOT go back to bed soon after?!  Yes, indeed I did!  I was looking forward to sleeping in just a little instead of getting up at my usual 5:30, so I closed my eyes and hoped……

But no, Aaron was awake for good.  Gary was downstairs, where Aaron went at first, and then back upstairs he thumped.  I got out of bed a little after 6:00 and walked into the kitchen to the beaming face of Aaron.  My, what bright eyes he had on this VERY early morning!!

Gary had gotten Aaron’s coupons from the Sunday paper out for him to cut, and so his coupon cutting station was all set up on the floor in front of the television.  This gave me some time to read my Bible and drink some coffee, preparing myself for the Aaron onslaught I knew was soon coming.

Sure enough, as soon as Aaron heard the door open and knew I was finished, up the stairs he lumbered and into the room he came.  I was getting ready to iron Gary’s work clothes, so Aaron sat on the bed where he could look at me and talk to his heart’s content. 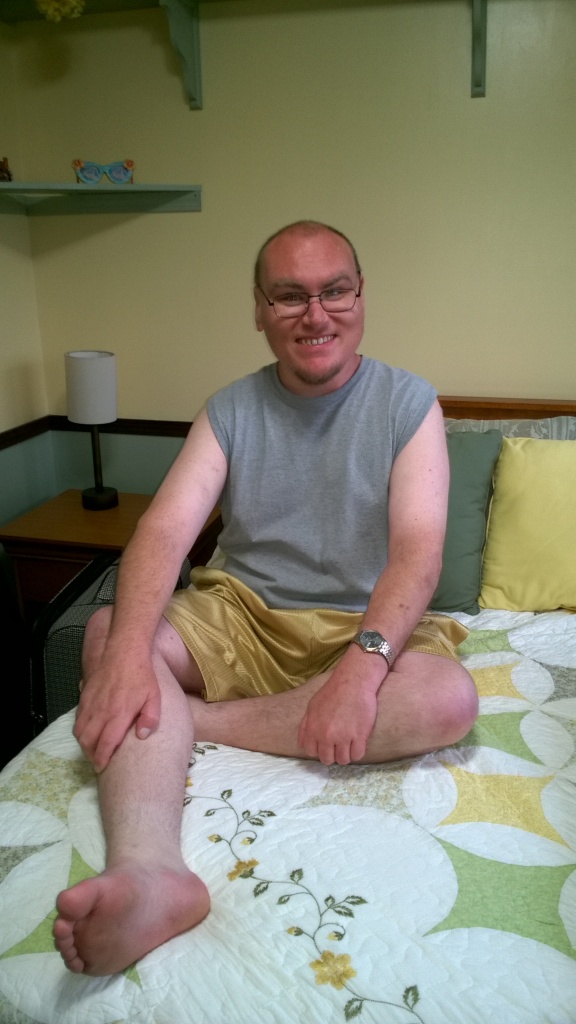 I decided to write down a few of the things Aaron said while I ironed and then on through the morning so you can get an idea of what I mean when I say that Aaron talks a lot.  I mean, a LOT!!  This is only a mere fraction, mind you.

Aaron, while on Andrea’s bed watching me iron:  “The big slug aliens, they had also legs.  They screeched!!”

“This is how I sit when I cut coupons.  Then my leg hurts!”

Then back downstairs, where he was watching the movie Battle of Los Angeles:  “Mom, this is the OLD movie.  The new movie doesn’t have ‘of.’  It was only Battle Los Angeles.”

“Where is Los Angeles?”

“The hideout that comes down to earth, that brings their little ships.”

“Why does the military go in the hideout?”

“They put detonators in there and blew up the hideout!”

“The woman military is cute.”

“I didn’t know a woman could be a fighter!”

“Why do they make every alien giant and look like a slug?”

And on and on and on and on he went, until finally I was able to make a legit exit to my bedroom and lock the door while I got ready.  But eventually I had to unlock the door, where Aaron promptly entered and continued his monologue as if nothing at all had interrupted him.  Finally, it was time to take him to Paradigm.

“Guess what time Amber took me to Paradigm?” he asked.

And before I could answer, he breathlessly told me.

He waited for my sure response, as if 9:13 was the most amazing time to leave for Paradigm……and mom’s usual time is, of course, very sub-par.

I’m still not quite sure what magic there is in leaving at 9:13, but to Aaron it was impressive and he wanted it to be for me as well.  That, along with giant slug aliens that had also legs and the woman military who was cute and could fight and ships and detonators and diapers……it was just altogether a very impressive morning, let me tell you.

Home sweet home in Kansas…..where the wind blows a lot and Aaron talks a lot.

Sometimes refreshing and sometimes it rattles the nerves, but it’s home.