I grew up in the little town of Princeton, West Virginia.  My Dad worked for the railroad there; first the Virginian, and then Norfolk and Western.  The railroads were a central part of life there in those West Virginia mountains.  It was coal country, and trains were vital for the coal industry.

The sounds of those trains, heard at all hours of the day and night from our home not too awfully far from where Dad worked, were an ever-present part of my childhood.  Even now, the sound of a train will take me back to those early days. 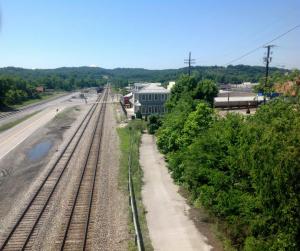 Dad worked his way up the “ranks” and eventually became a train dispatcher.  I don’t know how long it was before he one day told us of his promotion to Chief Train Dispatcher.  I didn’t understand much about his job, but I was always proud that he was a CHIEF Train Dispatcher.  He had a very responsible job, working long hours and often on weekends, or getting calls at all hours of the night to go in if there was a dreaded derailment. 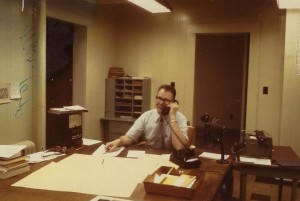 Sometimes Dad would let one of us kids go to work with him on a Saturday, especially if he was only working a half day.  I just loved those Saturdays when it was my turn to go to work with him!  I remember entering the old wooden train depot building, where we would walk up a long set of wooden stairs to his second-floor office.  This old building smelled of wood; tobacco in various forms; pencil erasers; and trains, of course. 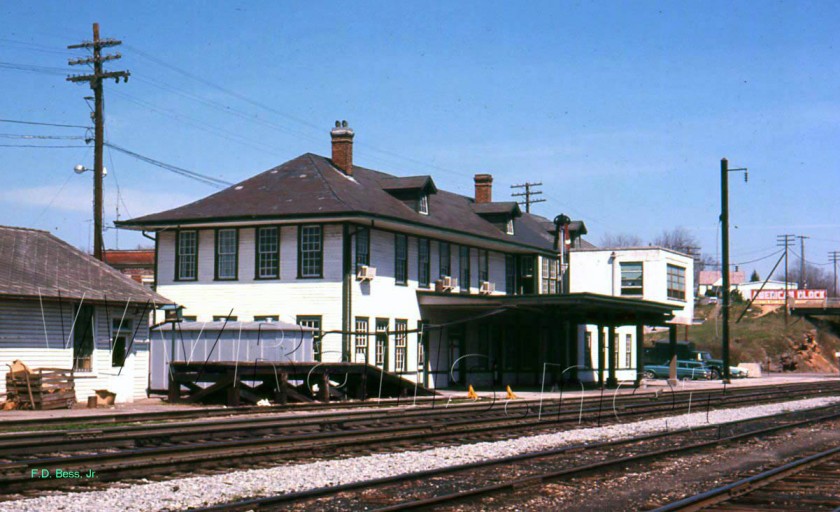 There were crisp sounds of radio static as the men talked to the engineers on the trains; telephones ringing; the staccato ping of old typewriters; and the roar of huge trains when they would pass below us. 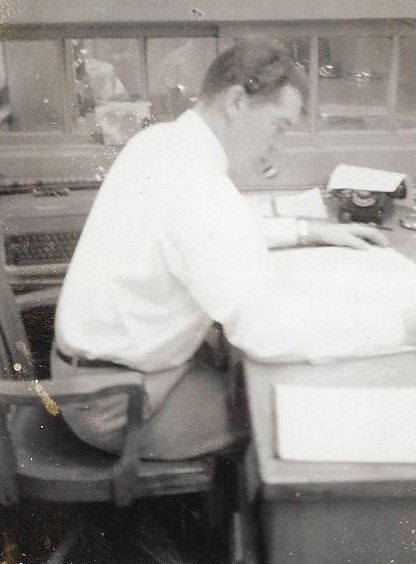 Dad would give me some paper and a pencil, and I would pretend to be working just as he was.  I loved watching the lights come and go on the huge control panel behind his desk, showing the progress of various trains that were running all over southern West Virginia. And always, sooner or later, Dad would take me down the hall to the Coke machine and the snack machine.  He would buy me a Coke and a pack of Nabs, and I was in heaven!

What made the biggest impression on me, though, was when Dad would go down those long stairs and outside to the train track, taking me with him.  Sometimes he would attach a paper message to a pole there beside the track, and then we would wait.  Soon I would hear it…the unmistakable sound of a train in the distance, coming ever closer to us.

The clickity-clack of the wheels, and the train whistle blowing, blowing, blowing in the distance, told me that soon the train would be bellowing past us…right in front of where we were standing!  And suddenly, there it was!  Huge and black and so very loud and terrifying, too. 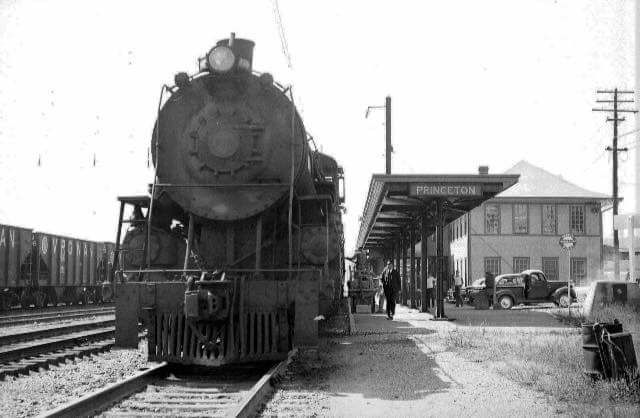 Yet I wasn’t afraid, even though I was so close to such power and danger.  You know why?  Because my dad held my little hand in his big hand.  He held gently yet firmly.  I trusted him totally.  I knew that where we were standing was safe, and though the train was very loud and scary, my dad knew just where we needed to be to stay safe and secure.

Soon a splash of red passed by.  The caboose!  The conductor stood outside the caboose.  He grabbed the paper message off the pole, waved at us while we waved back, and the train disappeared up the tracks.  All was well.

In the Bible we read about the man named Joshua, whom God told to lead His people of Israel across the Jordan River into the promised land.  It was a daunting, scary proposition.  But as God gave His orders to Joshua, this is what He said: “Just as I have been with Moses, I will be with you.  I will never fail you or forsake you.”  (Joshua 1:5)

Guess what the words “fail” and “forsake” mean?  They mean “to relax the grip.”  And that’s not all.  In verse 7, God told Joshua to be strong, which means to “reach out and grab hold.”

Do you see the beautiful picture that God is giving us?  This God of Joshua is our God today, for those of us who know Him!  And He’s telling us to reach out and grab hold of Him as He extends His hand to us.  Then let Him do the holding, because He promises not to relax His grip on us!

There are some very scary times for all of us in this life.  Sometimes some big, dark, loud problems happen to us.  God wants us to be strong, like Joshua…reach out to Him and let Him hold our hand beside all the issues that scare us and hurt us and threaten us on so many levels.

I didn’t understand much about trains at that young age, but I knew they were dangerous.  Yet even more than that, I knew from experience that my Dad was wise and loving and would take good care of me.  He knew just how close for us to stand, and with my hand in his, I knew I was totally safe.

Our Heavenly Father has never said we won’t have problems.  In fact, He has told us that we WILL face hard times…times that will hopefully draw us to Him and to His strong hands.  He won’t let go of us.  He won’t abandon us.  He will keep us safe in our very hard times, even when we don’t like those times or understand their purpose.