Aaron attends a special needs day group on Monday through Friday.  This day group, Paradigm, has clients of various ages – all adults – that have a variety of special needs.  They are out in the community nearly every day attending a host of different events and activities.

Aaron has developed friendships there over the years.  Like any group that is together as often as they are, there are ups and down.  Then you throw in the special needs, medicines and side effects of medicines, behavior issues, lack of filters, and so much more – and there can be plenty of noise and drama and action.

Aaron is in a very good place right now with his behaviors.  He has, in the past, struggled with anger and has had eruptions because of his lack of control.  He has come home with broken glasses, broken watches, ripped clothes, and many tears…his not being the only tears, for sure.  So while he is still loud in his playfulness, and loud in his talking, and loud and sometimes inappropriate in his teasing – he is basically very happy and helpful.

When he was having behavior issues at Paradigm, there were very many times when it was his friends who warmly welcomed him back the next day.  He may have hit one of them, or insulted them, or yelled at them…but they would warmly tell him that it was all right, that it was a new day, and that they still liked him. 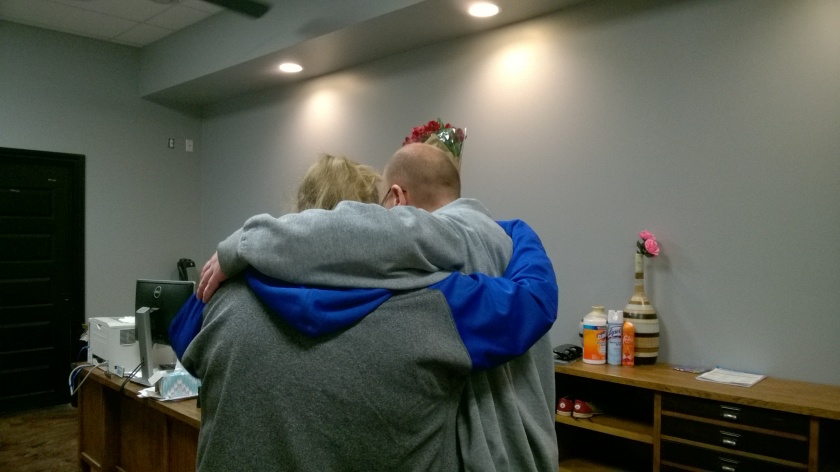 When he would have a rough day, he wouldn’t want to go back to Paradigm the next day.  Almost always, though, with our encouragement he would return.  I remember times when he would want me to walk into the center with him, as if my presence would buffer him from either being rejected or from bolting back out the door before he faced his friends again.

I would hear his friends call out to him.  “Hey, Aaron!” one would say, and then another.  I was just amazed at their forgiveness and their fresh start as they helped Aaron pick up the pieces and have the courage to face them again.

Once I walked with Aaron over to a table filled with his best friends…all girls, by the way.  😊  Aaron was very nervous about talking to them after whatever had happened the previous day, but they spoke to him as if nothing had happened at all.

Aaron’s eyes filled with tears as they darted around the table, afraid to make contact.

“I told Mom I was afraid you wouldn’t like me,” he finally said, his voice trembling and thick with emotion.

He was so like a child, this adult man.

“We like you, Aaron,” one of the girls said.  And they all said those same words as they affirmed to Aaron that he was their friend.  What wasn’t voiced, but was as clear as the morning sun, was that they understood Aaron, and they loved and accepted him just the way he was.

Aaron has made huge strides in learning to accept his friends there, as well, on many different levels.  He is sometimes curious about their physical handicaps…wheelchairs, muscle issues, deafness, seizures, etc.

He has seen many behaviors that are disruptive, loud, angry, and irritating.  And other behaviors that are just very unique – the young man who wears a suit and tie every single day, or the one who keeps a towel around his neck, or the person who rocks – and so many, many more.

“Mom!” he said one day.  “Giselda said she was sorry in a Mexican way!” 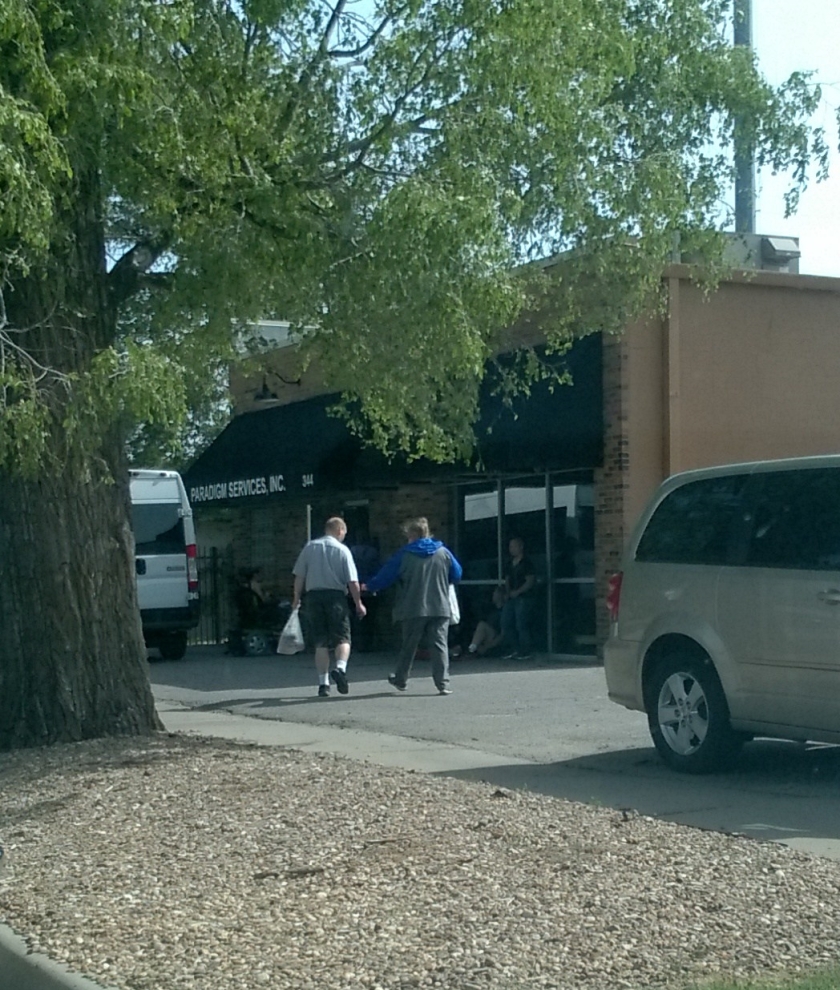 Not long ago, as Aaron and I stood at the card counter trying to pick out a greeting card, Aaron remembered that he wanted to tell me something.

“MOM!!” he bellowed for all around to hear.  “I forgot to tell you something!!”

“You did?” I asked when he paused in order to see if I heard him.  How could I not?!

Aaron is great at making an effect.

“What?!” I obediently asked.

“Shauna got a NEW wheelchair!!!” he exclaimed.

My emotions tumbled at that point.  I didn’t let Aaron know this as I responded with excitement and asked him to tell me all about it.

You see, most 33 year old men would be saying things like:  “Guess what?  So and so got a new job…or a new car…or is having a new baby.”

But Aaron was just as excited about Shauna’s new wheelchair as anyone else would have been about those other life events.  It was sweet, but sad to me in a way, too.  It was just something that drove home to me once again, out of the blue in front of the card counter, the reality of Aaron’s life.

As I dropped Aaron off at Paradigm a few days later, Shauna and some of his other friends were coming down the sidewalk.  Aaron quickly lowered his window.

“Shauna!!!  Come and show my mom your new wheelchair!!” he yelled.

So she rolled over to the van to show off her new ride, and I loved every minute of it.  Aaron was so very excited as he jumped out, rubbing his hands together in pure delight.  Shauna was all smiles.

How could I be sad when there are so many reasons to be thankful?

Watching him walk into Paradigm with his friends just gives me every reason in the world to be happy as I drive away, on so many days.

And to the business owner across the street who one day called the Paradigm clients “a circus”:  I would choose that “circus” over yours any day of the week. 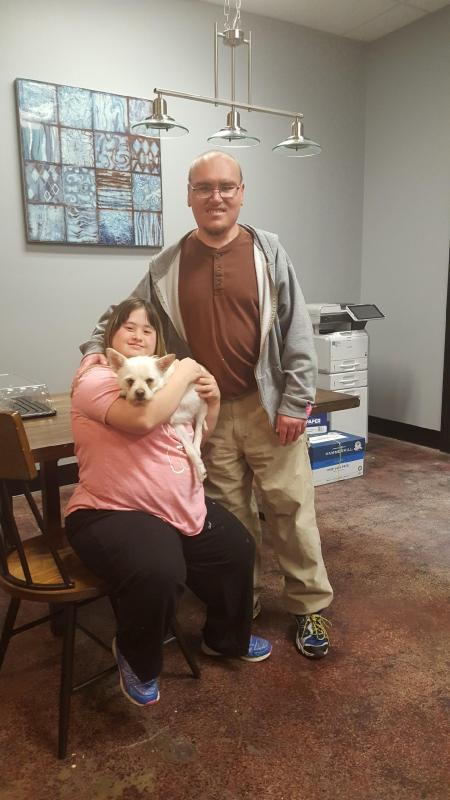