Skip to content
Imagine that every day when you drive away from your home to run errands or to go to work, you must cross a train track.  Imagine that every single time you come to that train track, there is a train on it, traveling ever so slowly.  You must wait on that train to pass before you can cross the track and continue on your way.  Then when you drive home later, the same thing happens.  Any time you try to cross that train track, no matter the time of day or how many times you have to drive over that track in a day, the same thing happens.  Over and over again, you must stop and wait on that train to slowly pass.  You begin to dread it and you find yourself very irritated about this slow moving train.  Some days you handle it better than others, but eventually on a bad day, you find yourself saying, “I hate that train!!” 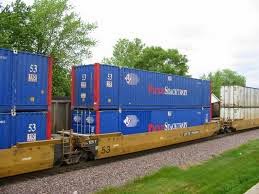 His routines are his life.  Even when he feels terrible after a big seizure, he still maintains his definition of normalcy and routine.  I do admire him for that.  He’s so determined despite how his body works against him.  So strong even though he’s weak at times like this.
Yes, I do hate autism and how it has altered Aaron’s life in huge ways.  It has also altered my life in huge ways.  But I do need to be careful not to let my anger at autism be a cause for hurting Aaron’s heart.  I think he understands my statement from the other morning.  I still wish I hadn’t said it.  Lesson learned, I hope.
That train will be on that track every single day.  I can’t change its path or its inconvenience in my life.  But I can change my attitude, and when I feel like muttering useless words I need to pray instead……count to 10 or to 100……go sit in the flower bed with Aaron for some mulch therapy……clap a few times like Aaron does to relieve my tension…..whistle or whoop out loud with Aaron…..
Poor Gary.  I don’t know if he could handle two of us in the house.