Skip to content
I was at my neighbor’s house last Thursday morning as her movers were loading all of her belongings that she was moving to her new assisted living home.  I had run back over to our house to get Aaron and deliver him to meet his day group.  That’s when I got the text from Gary…..as I got Aaron off his computer, let Jackson out to do his business, and quickly checked to see if Aaron had taken his pills.  Gary’s text said, “I’m OK.  Small plane crashed on our building.”
What?!  I looked at the picture he sent, but the seriousness of the situation didn’t hit home with me even then.  I had no idea of how tragic and awful it really was.  But later, as we got Nora moved into her apartment, our other neighbor hooked up her television and turned on the local channel.  There was live coverage for the rest of the day……and I was so thankful that Gary had taken the time to text earlier to let me, Andrea, and Andrew know that he was safe. 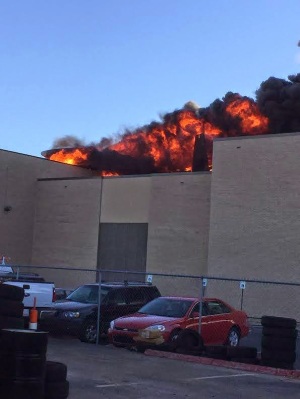 Four people were killed, we found out as the day wore on……the pilot, and three people inside a simulator where the plane had crashed.  I couldn’t imagine the fear I would have experienced if I had not known that Gary was safe from the beginning.  My heart goes out to the families of those who died.  Who would ever imagine that you would go to work one day in Wichita and have your building hit by a plane?   Who would ever imagine getting that horrible visit from a chaplain bearing that terrible news?  And I knew it could easily have been me that received that news…..me that was left without a husband…..my kids left without their dad. 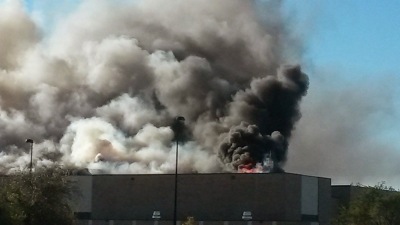 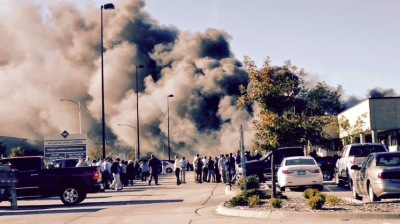 Like it happened with Mary…..a mom I know who is in her early 30’s.  Less than two weeks ago, she was leaving a movie theater with her four young children, one a two month old, and she had a major stroke.
Like it happened with our good friends, David and Jennifer, the day after the plane crash.  David’s dad was scheduled to come home after routine pacemaker surgery, but instead that morning he suddenly died……without warning…..totally unexpected.
Like it happened that same day with other good friends whose daughter-in-law and two grandchildren were involved in a serious front end collision on their way to spend the weekend with a friend.  They survived, thank the Lord.
What do we do when the unthinkable DOES happen?  What do we do when the unexpected becomes our reality?
When we feel like we’ve been hit in the gut and we can’t breathe, the only thing to do is fall back into the arms of God.  How do we do THAT?  By making a conscious decision to trust Him, and to remember Who He is and what He has promised us.  Alec Motyer says, “When the trial comes that prompts the unbelieving ‘Why?’ we must rather drill our minds to hear the call for faith, to recall the Lord’s promises, and cast ourselves utterly onto the reliable rock of His Word.”
A couple days after the plane crash, a friend called me.  She was so thankful that Gary wasn’t killed or injured.  She made the comment that we all often hear…..”God is so good.”  And I have to ask myself…..if Gary had been killed or badly injured, could I still say, “God is so good?”  I pray that I could and that I would still declare the goodness of God no matter my personal outcomes, for God’s goodness doesn’t change because He might allow me to go through some tough times.  Paul told Timothy that God remains faithful, and I hope that through my pain and grief I would be able to say and believe the same.
This is why it’s so important to learn who God is now……to know his attributes BEFORE the traumas hit.  Our Wichita first responders had just participated in a mock plane crash drill a month before the plane hit FlightSafety.  This drill helped them be better prepared for the real thing.  Likewise, I know that I need to daily trust God in the many events of my life and to learn His character, so when the really hard times come I am better prepared to draw on what I have already learned about God.
“How blessed are all who take refuge in Him,” David said in the Psalms.
Not spared…..but blessed and held.

One thought on “When the Unexpected Becomes Reality”