The Sharktopus Film/Food Fest is officially over.  No one could be any happier about that than me;  Courtney;  and Krysten.   Aaron would do it all over again in a heartbeat. 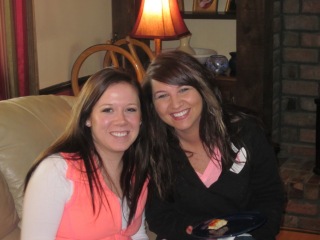 Likewise, Krysten and Courtney deserve Friends of the Year awards for giving up a good chunk of their Saturday to watch this movie with Aaron.  Or maybe a settlement from OSHA for damage done to them related to work……………or hazardous duty pay…………..or at least a pat on the back!! 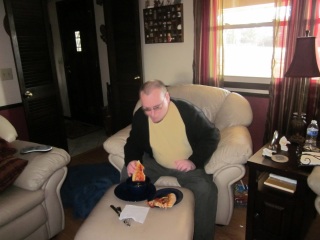 Those young ladies are amazing, really.  They love Aaron and they came all pepped up and happy, ready to have some fun.  Aaron just wanted to know what size pizzas I was ordering and how many.  I surprised him with the bread sticks, which we caught him trying to put in his pocket before I grabbed them to put away with the little bit of leftover pizza that somehow we managed to rescue before he scarfed it all down.

We decided to eat the pizza and bread sticks before the movie, as well as the Fruit Pizza cookies that Krysten brought.  Yum!!  We couldn’t put it off any longer, though – it was finally time to watch Sharktopus.  Of course, Aaron had to homestead in his chair, getting up repeatedly until he had everything just so-so.  His blanket, his slippers and slipper socks (yes, both!), his clock, his bag of tostito chips, his crumb bowl, his napkins, a band aid that I had to put on his finger, and I don’t know what else.  Sometimes not knowing is easier. 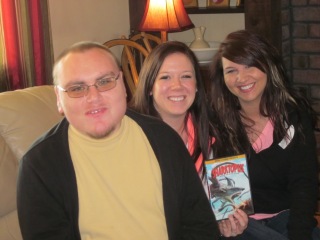 Sharktopus was beyond awful.  It was predictable with terrible acting, no plot worth mentioning, totally unbelievable story line, absurdly ridiculous special effects………….shall I continue?  And Aaron loved it!  He kept asking us if we liked it and what did we think of this scene and that scene, of this comment and that comment, etc., etc.  Sharktopus is 89 minutes long and we were counting every single one of those minutes.  Riveting……….absolutely riveting.

At the end of this classic movie, when Sharktopus is blown to bits……….sorry for the spoiler for those of you who will plan to waste 89 minutes watching this movie……………there is an unforgettable line when the girl says, “Do you think that Sharktopus will come back?”  And the guy says, “That only happens in the movies.”  Wow.  Deep.    And I hope it is only in the movies because I WILL not buy or watch that one.

There was a trailer before Sharktopus played that showed another first-class ScyFy movie.  It’s called Dinocroc vs. Supergator………..I think.  I am so hoping that Aaron doesn’t notice or research this movie, even though I was very intrigued by the trailer and I talked about it.  What was I thinking?!  I’ve paid my dues, though.  No more.

Courtney and Krysten went on their way.  They offered to bring the next movie that we watch.  They are not only sweet…………….they are smart. 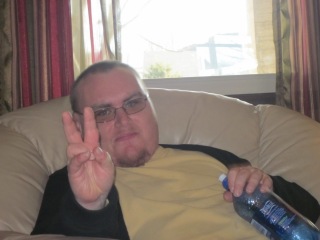