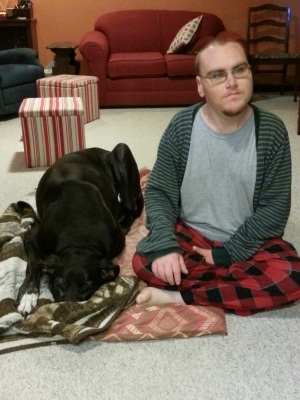 I talked to Louise today and was so thankful for her kindness and her understanding.  Of course she is………she has walked this path for many years, too……….this path of mothering her special daughter who is now a young woman but still a child.  Together we hope to walk beside our Aaron and Rosie, helping them solve this crayon problem that is every bit as serious as if we were helping our children solve a deep relationship problem that might threaten to dissolve a marriage.  We both value the unique friendship that Rosie and Aaron share, and we wouldn’t want to see their happiness disrupted over anything………including crayons.  All the while, Louise and Leroy have the crayon dilemma to address concerning Rosie……….and Gary and I have the “I want to buy Rosie something every day” dilemma with Aaron.
I told Louise today that I feel a bit like a meddling mother-in-law………and we laughed at that thought.  At least Rosie and Aaron won’t see us as meddling, so I can breathe easy.
I hope!