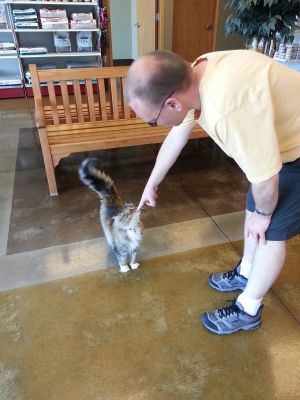 After lunch, we went to our vet to pick up dog food and allergy pills……….and where Aaron got to pet Cato, the resident cat.  Then to Dillon’s for one of his prescriptions, and for junk food, and where of course Aaron had to try out the lounge chair that was on sale. 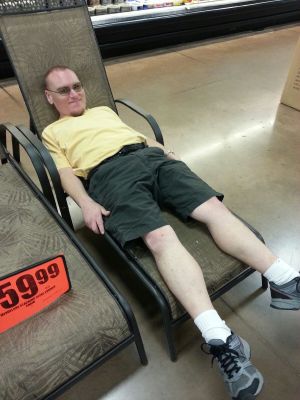 And we looked at raspberries and blackberries to see the differences in those two interesting fruits.  Never a dull moment with Aaron!

All of this weight business with Aaron has taken a toll on us, and I believe he and I were both feeling like a huge weight was taken off our shoulders.  Thank you, Lord, for good test results and for a good day with Aaron……..and that all Aaron had to show the PA was slipper sock fuzz under his toes!