I am 99.9% certain that whoever thought up all this time change business did not have a child living with them who had autism.  Specifically, a child with autism who has as one of their obsessions the desire for living life with precision timing.

Such is our Aaron.

Aaron wears a watch every day of his life.  If his watch breaks, time for him stands still…and time for us is nearly unbearable until the broken watch can be replaced.  Trust me, we take as little time as possible in finding him a new watch.  It must be a specific watch, one with numbers all around…a second hand…and the day and date feature.

Heaven help us when the day and date feature needs to be adjusted!  Aaron doesn’t have time to wait for that, either, and when I mess it up…which I so often do…then the world is off balance for Aaron until Dad is able to come to the rescue.

Many of you have heard lots of stories about Aaron’s precision with time.  For instance, on the weekends Aaron wants to eat lunch at 12:00 noon.  This often happens:

Me:  Aaron, do you want to eat lunch?

Aaron:  Can I have pizza?

I sigh, exercising my lungs as I so often do with Aaron, and make sure we wait until 12:00 on the dot to start the lunch process.

I began preparing Aaron for the dreaded time change on Saturday afternoon.  When we finished watching our DVD before bed, he glanced up at the clock in the family room.

I assured him he was correct as he followed me into the kitchen.  He carefully watched me change the stove clock, the microwave clock, and the coffee pot clock.  Things were progressing smoothly.

Little did I know.

The bedtime routine was moving along normally when Aaron sat on his bed to write the time in his logbook.  This logbook in which Aaron records…precisely records…his time to bed and his time to get up.  Every.  Single.  Day. 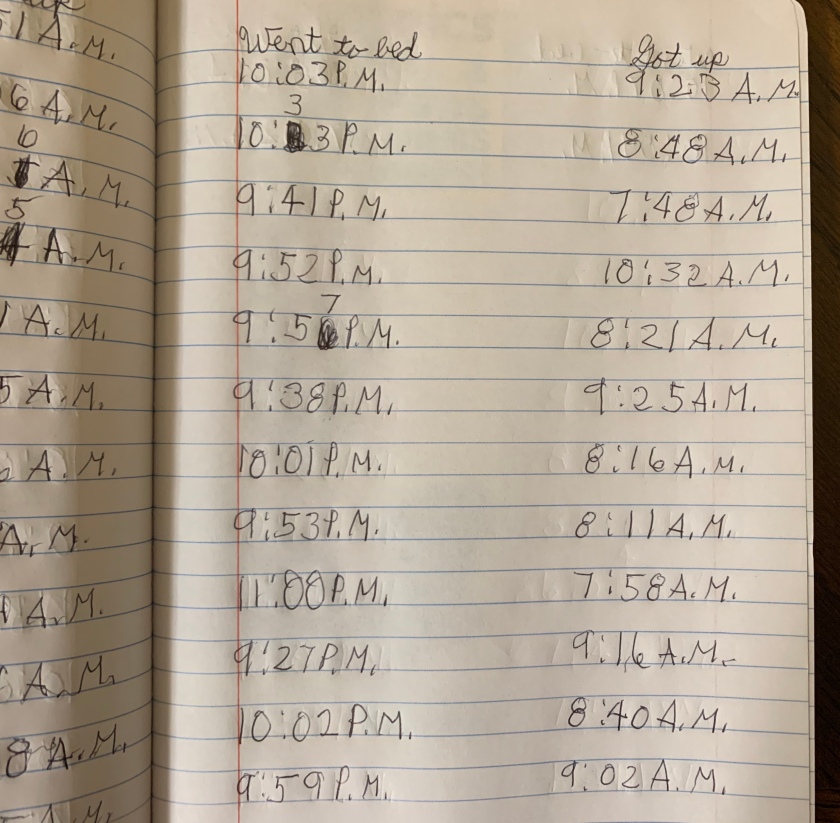 Aaron stared at his complex weather station clock beside his bed…the one that needs a person with an engineering AND rocket science degree to change the time.

But outwardly I was the picture of calmness.  I told Aaron that I really thought it would set automatically by satellite.  Aaron sat on his bed with his logbook open, very still, staring at the clock as if he could will it to change.  I stood beside the bed, staring at Aaron as if I could will him to change.

He scooted off the bed and headed for the door.

“I’m getting Dad!” he informed me as he left his room.

Thump, thump, thump down the second set of stairs.

Soon I heard Aaron pounding up both sets of stairs.  Seriously, he takes stairs like a bull elephant.

And there followed Gary, much slower than Aaron, who was full of purpose.

“Dad, can you set my clock?!” he asked anxiously.

Gary set the clock, Aaron sat once again on his bed with his logbook open, and I stood there waiting hopefully for the time to be entered, precisely.

Dear Gary, in his tiredness, had set the clock AHEAD an hour.  Instead of falling back, we had gone full speed AHEAD…and Aaron was full speed DONE with this crazy time change!!

“Aaron,” I kindly said (despite how UNKIND I felt), “can’t you just lay down, close your eyes, and go to sleep?”

It would have made more sense to tell him to climb Mt. Kilimanjaro…barefoot…in the dark…with no guides…and no supplies.

I wonder what time it was in Tanzania?

Aaron informed me that he could do none of those things.  Lay down, close his eyes, or go to sleep.

“Aaron,” I continued (my lips drawn tighter than they had been), “can’t you just wear your watch to bed?”

With that, Aaron once again pushed his sleeve way up his arm and stared down at his watch.

Anyway, I prohibited Aaron from going back to get Gary.  I changed the dumb time on his watch.   I then sat down on his bed, praying as I started pushing buttons, and somehow someway I was able to change the stupid time from 12:10 to 10:10.

Oh, but we weren’t done!

Aaron was, once again, sitting on his bed while staring at his ridiculous weather station clock.  Whose idea was it to get him this clock anyway??!!

All the bases had to have been finally covered, I thought.  Aaron’s just waiting for the minute to change, as he usually does, before he will write down the time.

The EXACT time, for crying out loud!!!

And sure enough, under the very current and precise time, there was flashing the words, “NO WI-FI.”

“Here, Aaron,” I said now through almost gritted teeth, “you can just turn your weather station clock around like this and then go to sleep.”

But I may as well have told him to climb….

No, Aaron could NOT just simply turn the clock around like this or just go to sleep like that.  Not with “NO WIFEY” flashing under the very perfect and totally precise time!!!!

I guess Aaron was spent…or knew that I was…because he finally got under his covers and let me escape to my room.

But soon I heard him thump, thump, thumping downstairs…where he told Gary about the flashing “NO WIFEY.”

Then came the thump, thump, thumping upstairs…and the elephant stomps to my closed bedroom door.

He walked back to his bed.

He was soon back at my door.

“Mom?  Do you think I should just wear my watch to bed?”

“I think that would be a good idea,” I replied (hopefully!).

Again, he was under his covers.

Thank you, Lord!!!  I really did thank the Lord!

But if you ask me, it’s high time to change the time change!! 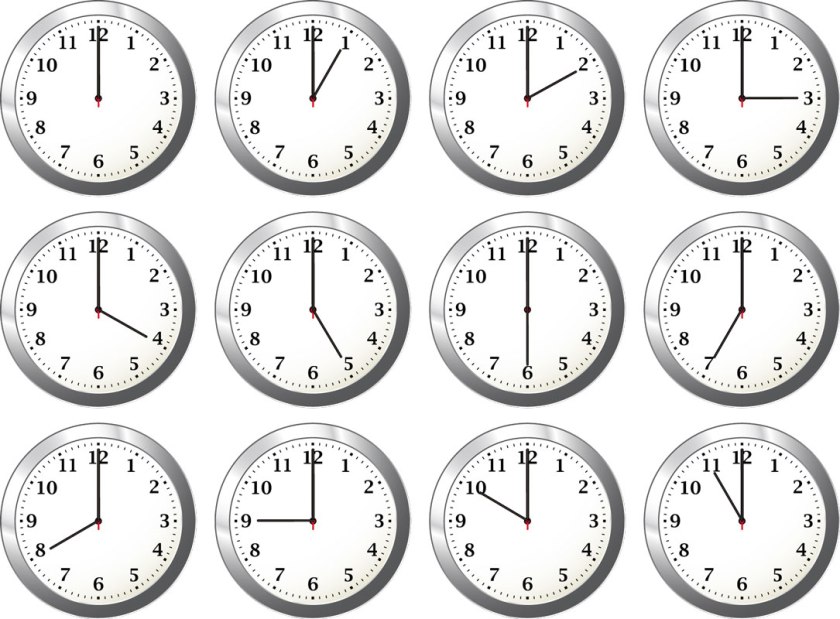